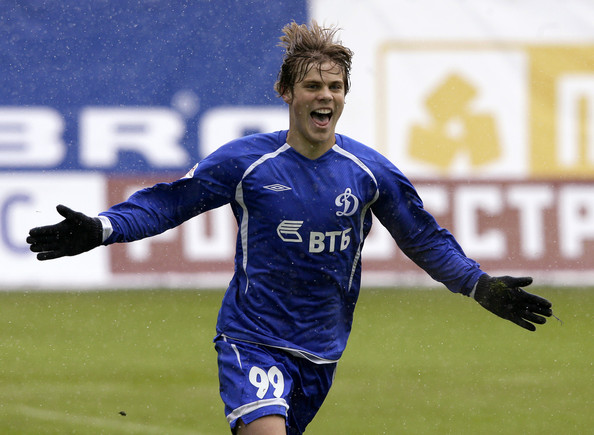 Anyone with a passing interest in football could tell you that, while Tottenham have had a really good squad shake up this summer, they need to sign some more forwards.

Clinton Njie will improve Mauricio Pochettino’s options and there is constant speculation now about Said Berahino coming into the club.

And it looks as if he is after adaptable forward who can fill in across various positions in the front line. With Harry Kane likely to be a starter when fit, this idea makes a lot of sense.

Reports today have thrown a fresh name into the hat in terms of possible Tottenham acquisitions. The Express reports:

The report states that Manchester United are also keen on Dynamo Moscow striker Aleksandr Kokorin but that Tottenham could make a move.

And, in a further twist, the agent of the player has stated that Tottenham and Manchester United are indeed interested. He is quoted as saying:

“At the moment I’m working on a transfer for Kokorin. His services have interested Manchester United and Tottenham.

“There is every reason to believe that the player will be at one of those clubs by August 31.”

But this could of course be a simple tactic to get a better contract at his current club or speed up negotiatons with another suitor.

The 24 year old has played 32 times for Russia and scored 8 times.

He’s also got a half decent strike rate at Dynamo Moscow where he has scored 45 in 193 and averaged around 10 a season for the last few years.

He may not be prolific in front of goal but, as you will see from his highlights, he is a tidy player who also makes things happen.

But will he move to Manchester United or Tottenham? We can’t see this one happening.

In more realistic reports, Tottenham are ready to make another bid for Said Berahino after the latest one was rejected.

With his pace, power and finishing ability this is precisely the sort of player who can improve not only the squad but the first eleven.

But let’s see Kokorin in action.