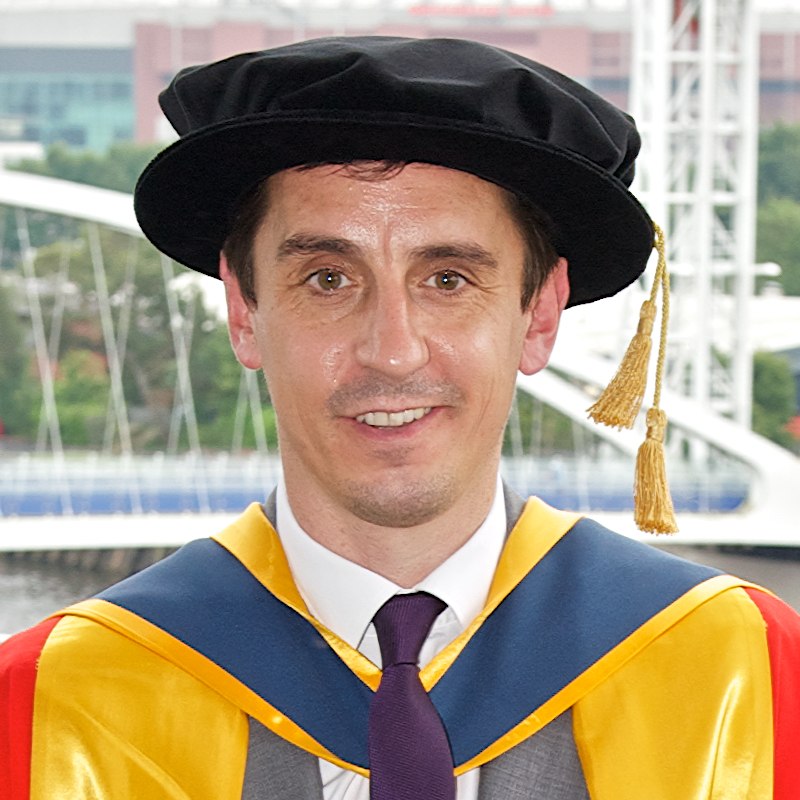 Red through and through

While Manchester United assistant Ryan Giggs may be viewed, by some people, as an unlikely choice for an elite level manager, Gary Neville has always resembled a classic tracksuit boss in the making.

He’s outspoken, ballsy and is already coaching for the England international team.

And, perhaps frustrated by what he has seen at Manchester United over the last couple of years, he has spoken publicly about the possibility of becoming a manager in the not-too-distant future.

Gary Neville will decide in the next 18 months whether he wants to quit his job as a television pundit and go into management.

“I have a decision to make in the next 18 months.”

Neville has arguably brought a new level of technical punditry to Sky Sports with his in-depth analysis of football matches and teams. He clearly knows what he is talking about and we think he would be an ideal manager for Manchester United.

You get the sense that Louis van Gaal is staying for three years and three years only at Old Trafford. If he does have a very successful time at the club then he may be asked to extend his contract. But we feel that Manchester United are grooming ex-players like Ryan Giggs for the role as the next manager of this massive club.

But while Ryan Giggs is less outspoken in style, Gary Neville looks to us like the sort of guy who could really grasp the nettle and take such a big job in his stride. Giggsy is clearly a knowledgeable football man and commands respect. But, with so little coaching experience between them, perhaps a double act may be the most viable option at the helm of the club after Louis leaves.

The dream team could involve both. They clearly have great respect for each other and we have no doubts whatsoever that they would not only be the popular choice, but that they would have great success if they did manage Manchester United.