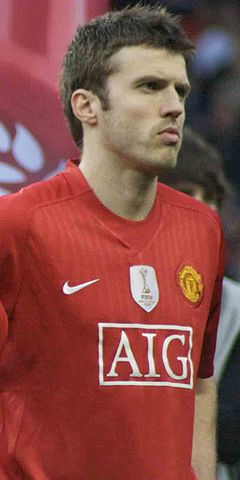 Manchester United fans will be fearing the worst as the clock ticks down on Michael Carrick’s contract.

The midfielder has excelled whenever he has come into the side this season, but his age and injury problems prevent him from playing all that regularly.

The former Spurs and West Ham star admits he would like to stay at Old Trafford, but that decision could be taken out of his hands if he isn’t offered a new deal.

“There’s always a chance of that isn’t there?” he told Sky Sports when asked whether this would be his final season there.

“It is such a great club with great players, you can’t take it for granted and thankfully I’m here this season and playing my part.

“Hopefully I can play more of a part in the months ahead, strive for success and try to get some sort of silverware, because winning trophies is why we are here.”

Carrick is now 35 but the club could still hand him a one-year extension if he can convince Jose Mourinho he should have a long-term future in the north-west.

If not, there are plenty of Premier League clubs who would surely take a punt on him, not least because of his title-winning experience.

The former England international has only started once in the league this season, but United’s injury worries could see him feature against Arsenal this weekend. If he can make a difference in that game, that could force Mourinho’s hand, as he has few midfielders at present who can pass the ball quite like Carrick.

Wayne Rooney to the MLS? Star’s contract could be up earlier than first thought
Man United identify replacement for Darmian and Smalling
To Top