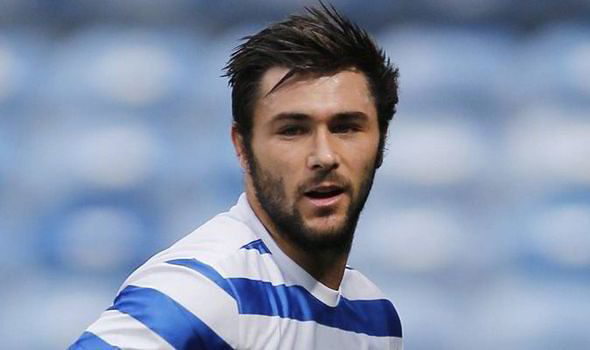 We had all hoped that Ed Woodward would have a big ace up his sleeve towards the end of this window.

With all the forwards moving on, and Manchester United looking really sluggish up top, surely he would do a deal for a world star before the end of the window?

But perhaps it would be more in keeping with his tenure if he did a last minute deal for Charlie Austin. Sky Sports reports that the odds of a move to Manchester United for Austin shortened dramatically last night.

Last night Charlie Austin was dramatically cut to 1/2 from 33/1 to join Manchester United but the QPR striker has this morning eased slightly to 4/6.

He has since moved back out to 3/1 joint favourites with Bournemouth to move to United. Bournemouth!

We don’t want to be too harsh on Austin. He clearly knows where the goal is having scored at a rate of 1 in 2 for a seriously struggling QPR last season.

But if Manchester United really are interested then it smacks of desperation and no clear strategy in the transfer market this summer.

Austin would score goals against average sides for Manchester United, but would he make a difference in The Champions League?

We think not. He isn’t blessed with the sort of pace or speed of movement to do any damage at the top level.

If Manchester United make a move for Austin then we surely have to ask serious questions about the judgement of Ed Woodward and Louis van Gaal.

Manchester United fans: with Pedro and De Bruyne going elsewhere, is this the sort of calibre of signing that United should be making?