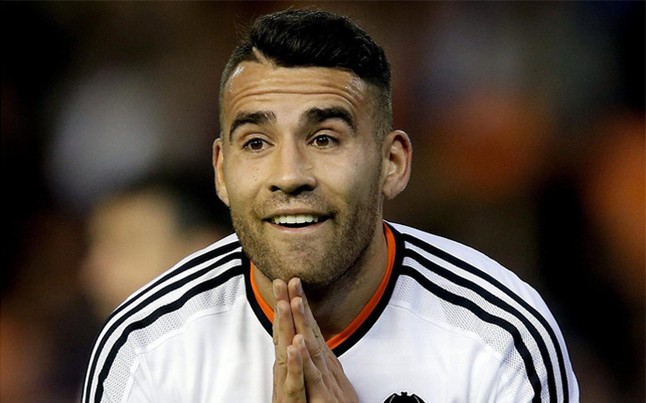 Whether there is any real substance to this one we shall find out very soon.

But with Sergio Ramos perhaps out of reach it does make an awful lot of sense.

We have little to no idea why Manchester United didn’t go for Argentina international Nicolas Otamendi in the first place. He would be cheaper, more attainable and, at 27, he can play at the top level or 5 years at least.

The Independent writes that Manchester United are closing in on this rock:

Nicolas Otamendi is close to a move to Manchester United, according to Valencia based TV station SillasGol.

SillasGol claim to have seen legal and tax documentation that proves their claim that Otamendi is on the verge of a move to the Premier League.

This guy is precisely what Manchester United needs – a defensive kingpin who will add steel and goal threat form set pieces.

He’s become a regular in the Argentina team over the last few years and was one of the starts of La Liga last season with 6 goals in 38 games for Valencia.

While some Argentinians struggle to adapt, defenders like Marcos Rojo, Pablo Zabaleta and Gabby Heinze have been suited to the style of the Prem.

And we think that Rojo and Otamendi can form a brilliant, no nonsense partnership in the centre of defence this season.

With Otamendi and a couple more forwards, Manchester United can really challenge for top honours this season.