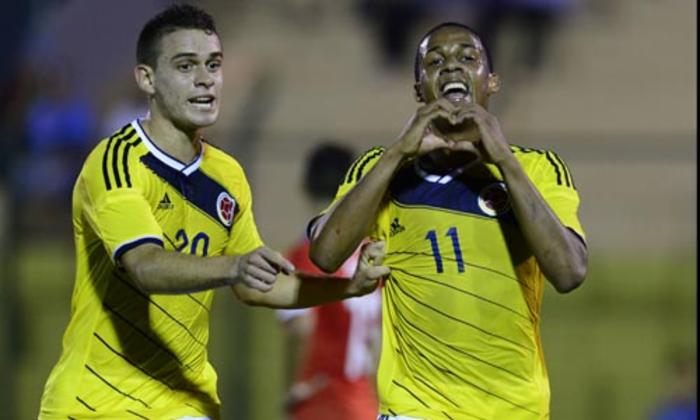 Having streamlined the squad considerably over the summer months, Tottenham will surely add some quality before September.

And one of the latest players to be linked would offer Tottenham precisely what many feel that they lack – namely pace and lots of it.

Colombia is enjoying something of a golden generation in terms of the quality available to the national team right now.

One of the outstanding players in the South American Youth Championship earlier this year, he is said to also be coveted by the likes of PSV and Atletico Madrid.

But the report reckons that Tottenham may win the race for his signature.

We like Erik Lamela and Nacer Chadli but we feel that Tottenham could use more outright pace on the flanks.

Lucumi is still a developing talent but, even though he is just 20 years of age, he looks as if he has the phyique to cope with the demands of The Premier League.

There is also evidence to suggest that he already has an end product to go with that frightening ground speed, as the video will show.

So let’s take a look at the lad in action.

Tottenham fans: Is Lucumi worth a punt?

PICTURE: Tottenham’s Best XI vs United
216 goals in 350 club games: Tottenham in for master marksman but is he the right fit? Report
To Top