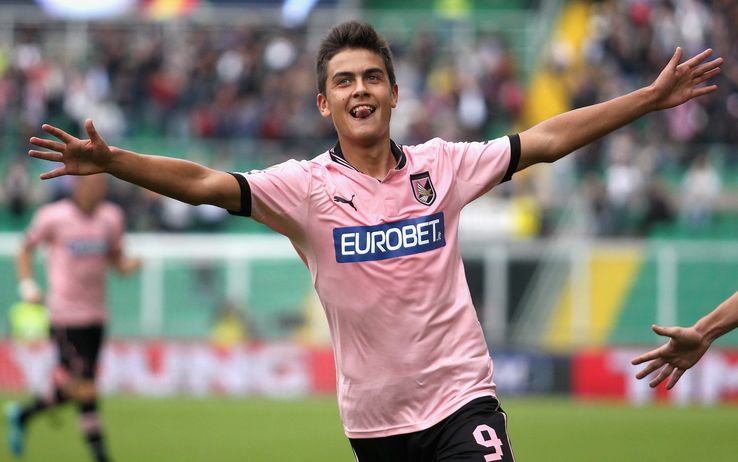 You would imagine that Manchester United would be concentrating on the signing of defenders right now. The Southampton game was another example of Manchester United’s back line not doing their jobs properly – in terms of defending in a composed manner or distributing the ball well enough for a top quality side. United aren’t building well from the back well at all right now.

But Louis van Gaal is clearly looking at the wider picture for the next 3 years at least and latest reports suggest that Manchester United have made enquiries for a brilliant and highly sought after young striker. The Evening Standard reports:

Palermo president Maurizio Zamparini has revealed he has knocked back an approach from Manchester United for Paulo Dybala.

And Zamparini has confirmed ‘many clubs’ have registered an interest in the forward, but he has recently said offers below £31m won’t be considered.

“Many foreign clubs asked after him, including Manchester United. I told the English side that he is not for sale right now, but we can talk about it again in six months.

“In my view, he is the best striker in Europe at the moment.”

In our opinion Italian clubs are generally realistic about the fact that Spain and England are currently the biggest leagues in financial and qualitative terms. So the best players want to play there. Therefore it comes down to how much they can get for their stars.

While Palermo will want to keep the player they will understand the way of the modern game and probably end up selling this summer.

Dybala looks like he could become one of the very bet. He hits the ball so early – that’s what we have noticed about him. In this respect he reminds us of Manchester City’s Sergio Aguero.

If Manchester United could get a player of this quality and style it would add much needed speed and penetration to a front line which has great finishers but lacks raw pace.

Let’s take look at Dybala in action. Manchester United fans: is Dybala a player you like and is he a necessary addition at this stage?