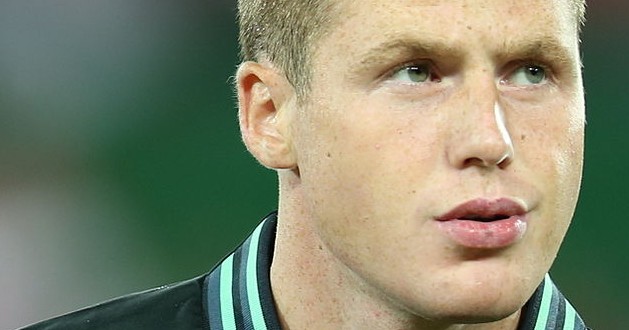 Watching Tottenham batter Chelsea on Thursday you could hardly say Spurs they are struggling in the midfield. Players like Dembele and Bentaleb stroked the ball around with great class and showed real energy and determination to close down the opposition before they could get their heads up and pick a pass.

In some respects it was a blessing that Mason went off. We haven’t been convinced by him of late and his replacement looked really accomplished and hungry for a game.

If they continue on this trajectory then perhaps Mauricio Pochettino will invest in other areas of the squad instead. But Morgan Schneiderlin has long been on the radar and there is a feeling that another anchor man will be brought in.

Latest reports suggest that Tottenham will go for the superb youngster James McCarthy. He’s been a revelation in his year and a half at Everton but he has been regularly linked with another move. The Express now reports:

TOTTENHAM are ready to try and beat Arsenal and Manchester United to Everton star James McCarthy.

McCarthy doesn’t have the passing ability of Schneiderlin but the Frenchman doesn’t possess the aggression or ridiculously sized motor of the adopted Irishman, so take your pick. In fact they could play together quite comfortably in the 2 in front of defence. But with Bentaleb playing out of his skin against The Blues perhaps one is enough for now.

Let’s see McCarthy in action. Tottenham fans: Who would you take?