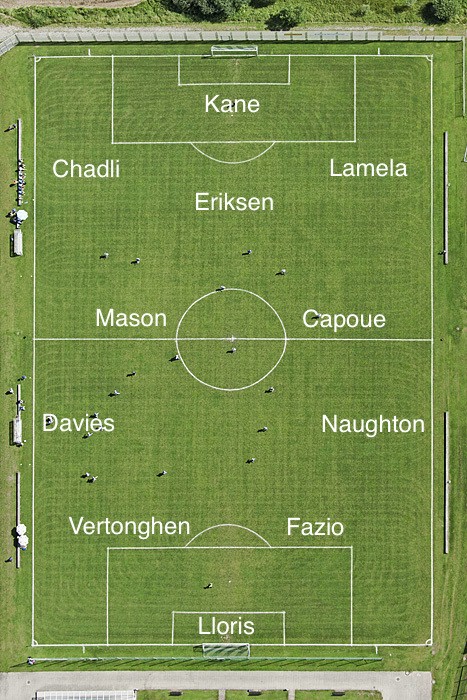 A moody brow furrowed the face of Mauricio Pochettino last weekend as his side succumbed to Newcastle on their own patch. Considering the opponent’s away from this was a really bitter pill to swallow for the manager and it wouldn’t have endeared him to any of the doubters amongst the Tottenham faithful.

But we are fully behind Pochettino at this stage. The guy just needs time to implement his strong style on this Tottenham side.

Tottenham’s injury list is, for once, very short with only Lennon, Bentaleb and Walker currently crocked.

As we know Aston Villa are really struggling to score right now but it’s never an easy place to travel and Spurs will have to click at the back as well as offering their normal creativity further forward.

The striker situation is still troublesome at Tottenham. Adebayor scored again at the weekend but neither he nor Soldado are impressing particularly. For now, we would give Kane some game time because when he plays he scores.

Here’s out strongest Tottenham XI for a tricky away day at Aston Villa. Tottenham fans: discuss

Tottenham Transfers: This one looks Off
Tottenham: £170k a week? You must be having a laugh
To Top