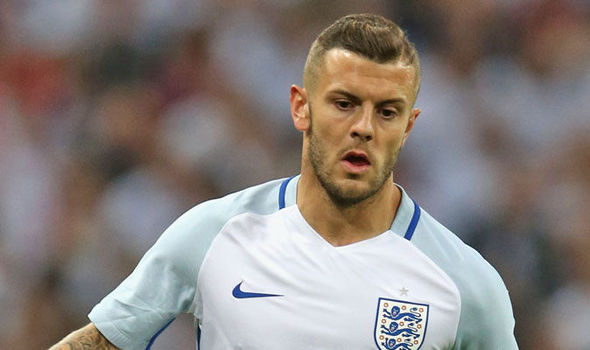 Jack Wilshere may be forced to leave Arsenal in January as he tries to grab a last-minute spot in England’s World Cup squad.

The 25-year-old is yet to feature for the Gunners in the Premier League since returning from last season’s loan spell at Bournemouth and drew attention to himself for the wrong reasons when he was sent off playing for the under-23s.

Despite his struggle to impress Arsene Wenger, the Times suggest he still believes he can convince Gareth Southgate to take him to Russia next summer, though he accepts he needs to be playing regularly as soon as possible.

Wilshere may be able to exploit England’s weaknesses in central midfield, as a partnership of Jordan Henderson and Eric Dier has lacked creativity. He could find himself competing with Tottenham youngster Harry Winks, who impressed on debut against Lithuania, for a place.

While it shouldn’t count against him, his last appearance came with the ignominy of England’s defeat to Iceland at Euro 2016.

As for his next destination, the Daily Mail report that Roy Hodgson is continuing to show interest in taking him to Crystal Palace, with his former national boss targeting experienced Premier League players in his bid to keep the Eagles in the top flight.