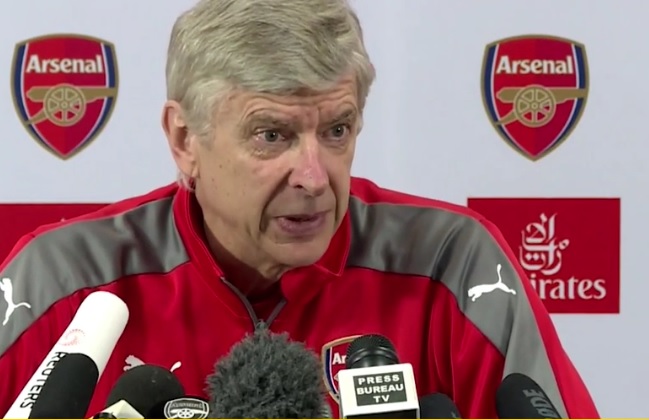 Arsene Wenger has responded to the news that next summer’s transfer window will end before the start of the season by questioning whether Alex Oxlade-Chamberlain was tapped up by Liverpool.

The Frenchman questioned whether the England international spoke to the Reds on the day of Arsenal’s humiliating 4-0 defeat at Anfield, a game in which he produced one of the most disappointing performances.

Speaking to a press conference ahead of the Gunners’ game against Bournemouth tomorrow, Wenger said:

“You are not naive enough to think that will not happen. I don’t know (if it happened before the defeat at Liverpool). I don’t know.

“Have they been tapped up? Of course. But on the day of a game? I don’t think so, I hope not. But it’s inevitable.”

Oxlade-Chamberlain joined Liverpool on Deadline Day for £35million, which could rise to £40m with add-ons. Wenger had publicly admitted that he hoped the midfielder would stay at the Emirates, but the club decided to cash in after he refused to extend the year he had left on his contract.

One player he did manage to keep hold of was Alexis Sanchez, whose move to Manchester City fell through because Arsenal could not get a deal for Monaco’s Thomas Lemar over the line.

It seems likely Wenger will go back in for the French international in January, but he was quick to silence talk of his interest in the 21-year-old.

“Lemar is now in Monaco and has to focus on Monaco,” he added.

“Sanchez is here and focuses here. Many things happen in the last second, what I regret. That’s why I believe it’s important we close before the championship starts.