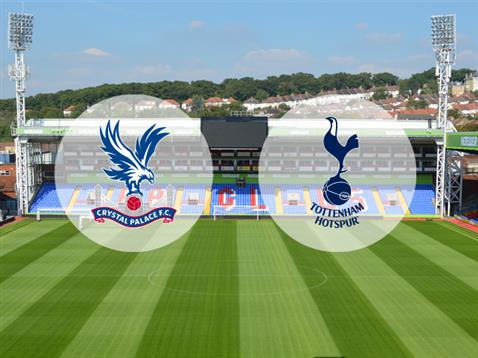 Tight first half followed by a Spurs goal – Draw/Spurs on the HT/FT Market at 4.00 with Bet365.

Spurs didn’t play particularly well last week at Everton but managed to come home with a point which could have been 3 save for some nice goalkeeping late from Stekelenburg.

Palace hosted West Brom and gave up the 3 points, losing 1-0.

Palace have won only once in the last 6 meetings with Tottenham in the League and it’s difficult to see them turning the tables today with Spurs the far more likely of the two teams to improve on last week’s effort.

Spurs are short in the Match Odds market, 1.44 with Bet365 which is a little light for us. A further look at the recent games suggests a tight first half before Spurs go on to edge it.

We’ve got an interesting to sample to work from with regards to the Goals markets.

The Under is 2.05 with Bet365 and we wouldn’t be putting anyone off backing at this price.

It’s a reasonable spread between the teams on which team might be first to score so no recommendation there.

The time of the first goal is a little more interesting with only 1 of the 6 matches having a first-half goal which came in the 30th minute last season. You can get 1.83 with Bet365 that no goal will be scored before the 28th minute. Tempting.