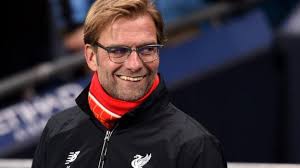 Liverpool have finally signed a left-back, but there are no guarantees that he’s the answer to their defensive crisis.

The Reds offered former Barcelona starlet Juanma a contract after the 19-year-old impressed over the course of his 10-day trial, as per the Liverpool Echo.

Villarreal were also interested in the player, but he has now joined up with Liverpool’s under-23 squad, whose boss Michael Beale has compared him to a young Pablo Zabaleta.

While Juanma could be one for the future, it’s the first team who urgently need a new left-back, unless they are to rely on Alberto Moreno all season.

Jurgen Klopp attempted to bring in Ben Chilwell from Leicester, but he snubbed a move to Anfield and signed a new deal at the King Power instead.

Liverpool’s energies should really be focused on recruiting a left-back to strengthen their top four ambitions, with the rumour mill continuing to link Germany international Jonas Hector with Merseyside.

Arsenal will be title contenders despite lack of signings, insists former defender
West Ham no longer in for Arsenal target
To Top