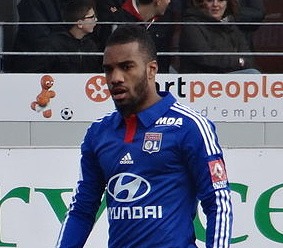 The forward is currently on the sidelines through injury, but even if he were fit, Arsenal’s interest in him threatens to push the price up.

The Hammers have already made an offer this summer, but after it was rejected, Bilic has no plans to go back with an improved bid.

Goal.com report that the Croatian boss is now happy with his attacking options after buying Andre Ayew from Swansea.

Jonathan Calleri is also set to arrive from Deportivo Maldonado when he arrives back from the Olympics.

West Ham have acted quickly to ensure they have cover for the injured Andy Carroll and for wantaway Diafra Sakho, whose move to West Brom recently fell through.

Enner Valencia could also be on the move, so it was vital that Bilic strengthened up front but now he has done that, Lacazette is no longer needed in East London. If he does move to the Premier League, which is far from guaranteed, it looks like it’s more likely to be to Arsenal.