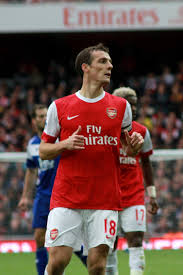 The transfer market is always a sensitive topic at Arsenal.

Arsene Wenger will no doubt be delighted when it’s all over for another four months, not that he makes much use of it anyway.

Yet, while that may be a bone of contention for Gunners fans, one of Wenger’s former players insists the Frenchman doesn’t necessarily need to strengthen.

“Even though they didn’t make many transfers this summer, I think Arsenal will be among the title contenders.

“I think it will be a good fight for a league that is already financially on another planet.”

Wenger managed to steer the club to a surprise second-placed finish last season, which only pleased the Emirates faithful because it was at the expense of Tottenham.

It’s also widely thought that this season is going to be much more competitive and should herald the return at the top of Manchester United, Manchester City and Chelsea.

That’s going to make it very difficult for Arsenal to compete if their only major signing remains Granit Xhaka. United have signed Paul Pogba and Zlatan Ibrahimovic, Chelsea have brought in Michy Batshuayi, and City have acquired John Stones and Ilkay Gundogan.

Arsenal lack a game-changer, so whatever Squillaci says, if Wenger doesn’t act soon, there’s a real danger that they’re going to get left behind.