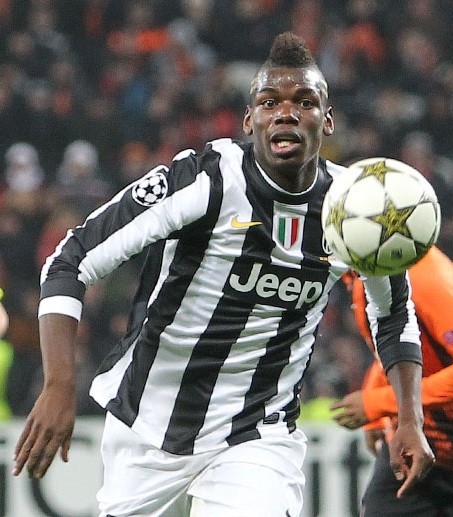 Jose Mourinho has insisted Paul Pogba is on his way to the right club if he wants to become the best player in the world.

The 23-year-old has been granted permission to undergo a medical at Manchester United in the coming days.

Earlier in the summer, it could’ve been a different story, as it was believed the Juventus superstar might turn down the Red Devils in favour of either Real Madrid or Barcelona.

However, Mourinho believes that the presence of Lionel Messi and Cristiano Ronaldo at Barca and Real respectively would prevent Pogba from becoming the best.

“If you want to be the best in the world and you go to Barca or Real Madrid you’re in trouble because those two guys won’t let you,” he told reporters after United’s 2-1 Community Shield victory over Leicester City.

“If you want to be the best player in the world this is the club to join,” he added, via the Guardian.

“We have everything to offer him and he is coming because he knows the club and the city and he wants to be a part of the Manchester United project.”

Messi vs. Ronaldo might have been the defining battle of this generation, but Pogba has shown signs that he can be the world’s greatest, potentially going head-to-head with France team-mate Antoine Griezmann for that title in future years.

Huge things will be expected of Pogba after he completes his €100million move, which translates to about £89million, a little more than what Real paid Spurs for Gareth Bale.

If he is to be in Messi and Ronaldo’s league, he needs to show he can cope with that sort of pressure, but the swagger with which he played for Juve suggests that under Mourinho’s leadership, Pogba can go onto be one of the most memorable players in recent memory.