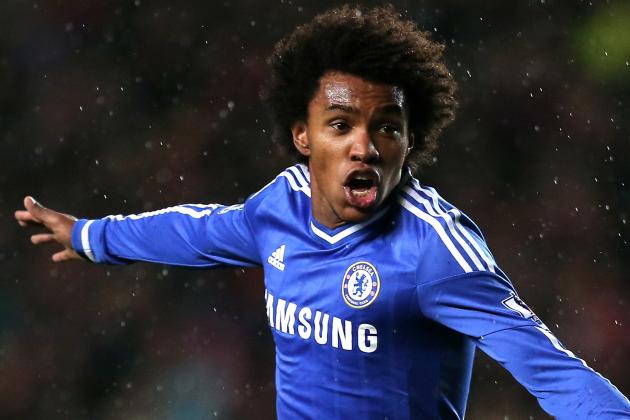 Willian has confirmed he has no interest in linking up with old boss Jose Mourinho again at Manchester United.

The Chelsea midfielder, who was one of the Blues’ few players to put in consistently strong performances last season, had been linked with a move to Old Trafford after his former manager’s arrival.

However, the Brazilian insists that while he was flattered by the rumours, he never considered leaving Chelsea, particularly having just signed an improved four-year deal.

“I have a great relationship with Jose, but I am Chelsea. Of course, when someone like him is interested in you then you are happy,” he told Goal.com.

“But I signed the contract because I like being a Chelsea player and I see good things here. I signed a new contract and that shows how much I want to stay here.”

Willian is going into his fourth season at Stamford Bridge and while it was Mourinho who first signed him and made him into a Premier League champion, he will be hoping he can repeat that achievement with Antonio Conte – and if he does, it could well be at his former coach’s expense.