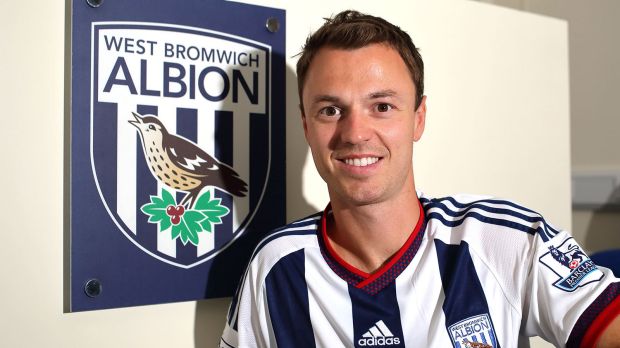 Arsene Wenger is risking the wrath of furious Arsenal supporters again after the Mirror reported that the Gunners could make a surprise bid for West Brom defender Jonny Evans.

The Northern Irishman, formerly of Manchester United, is not quite what fans had in mind when Wenger revealed he plans to bring in an experienced defender to cover for the injured Per Mertesacker, who is set to be side lined until Christmas.

To make matters worse, Evans could cost as much as £15million. If Arsenal were willing to pay just £5million more, they could buy Valencia’s German international Shkodran Mustafi.

Panic mode appears to be setting in with the season opener against Liverpool now less than a fortnight away.

And even more bizarrely, that means the Gunners could involve themselves in a battle with Bournemouth for the Baggies man.

The 28-year-old joined West Brom in the first place because he wanted regular first team football, but although Wenger might not be able to promise him that when Mertesacker returns, the temptation of Champions League football could still lure him away from the Hawthorns.