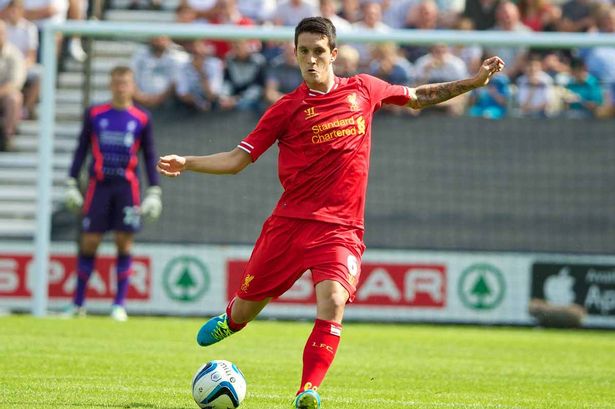 Jurgen Klopp’s overhaul of his Liverpool squad is set to continue as the Reds get ready to offload Luis Alberto.

Championship sides Wolves and QPR are both interested, according to Goal.com, but a move will depend on whether they are willing to meet the Reds’ asking price of £6million plus add-ons.

Alberto is perhaps slightly better thought of in his native Spain, where he has attracted more high-profile suitors, after his impressive loan spell at Deportivo.

Europa League champions Sevilla made Liverpool an offer of £2million earlier this summer, but that was quickly rejected.

It seems Alberto could therefore stay in England, although not in the Premier League.

Aston Villa are another club rumoured to be monitoring the situation, but QPR may be the 23-year-old’s best bet, as they are the most likely to return to the top flight anytime soon.

The midfielder has been at Anfield for three years, but has made just nine appearances as he struggled to make an impact on firstly Brendan Rodgers, and now Klopp.

A fresh start may be what he needs to reinvigorate his career, but it’s a pity that he may have to drop down a division to do that.