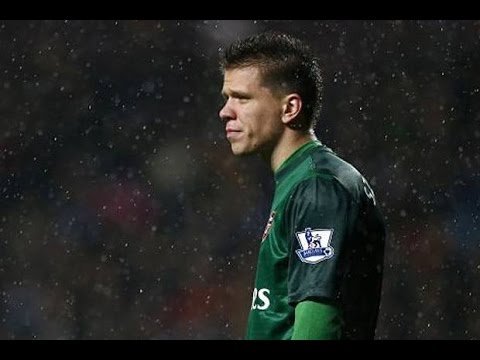 Arsenal must have thought they had seen the last of Wojciech Szczesny, but they could be coming face to face with the goalkeeper sooner than they think.

The Polish stopper has been on loan at Roma, with the Serie A club hoping to extend his deal by at least another year.

However, Everton boss Ronald Koeman clearly has other ideas.

According to the Sun, the Toffees manager is considering a last-minute swoop for Szczesny as he continues to search for a replacement for Tim Howard, who returned to his native America at the end of last season.

The same source also reports that the club are interested in Swansea captain Ashley Williams, but it would be the signing of Szczesny that would really highlight their ambition.

The 26-year-old has been at Arsenal for seven years, including two loan spells. That tenure hasn’t always been plain sailing, but it’s at least a good sign that Everton are considering bidding for players from the Premier League’s very top clubs.

Arsene Wenger wanted to sort the future of his other backup goalkeeper David Ospina, before allowing Szczesny to leave, but there should now be no obstacles in the way if Koeman wants to make his move.