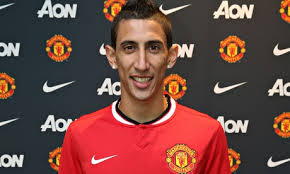 It’s easy to forget quite what has happened at Manchester United in recent years. We are so plugged in to current events that we don’t always look at the broader picture. And, for Manchester United fans, that may be a wise move right now. Because the bar has been lowered hugely.

Last week Michael Owen reminded us all of Manchester United’s status when asked about Louis van Gaal and the general health of the club. He said:

“People keep saying they are going to get a top four finish and that was the aim,”

“But that is the absolute bare minimum.”

“After spending £150m and having the players they have and the stadium – they should be first, second or third. Third should be a bad season.

“How are they accepting that they are not challenging for the title having spent that money on those calibre of players? It’s not a good season.”

We spoke to a long term Manchester United fan recently who remembers the empire at its height and gave a really insightful indication of how far the bar has dropped in such a short space of time.

He told us that, just a couple of years ago, if Manchester United only ended the season with The Premier League title it would be viewed as a slightly disappointing campaign by many to most United fans.

It’s true that, in their heyday under Sir Alex Ferguson, The Premier League title was almost the bare minimum for Manchester United each year. They were a team that was challenging for every trophy every year. When they went out of The Champions League to Real Madrid in 2013 there were groans of disappointment about how the standards had slipped and the great vintage had passed.

Those days already seem a long way off. Manchester United fans are simply desperate for a top four finish this season. But, with Southampton looking extremely strong, Arsenal and Tottenham improving and West Ham and Liverpool also in the mix, this isn’t going to be an easy run in by any means.

Manchester United certainly aren’t a club that is stuck in the past just yet. They can’t succeed every year. But the performances, results and expectations need to improve massively if this great club is going to once more scale the peaks of European football.