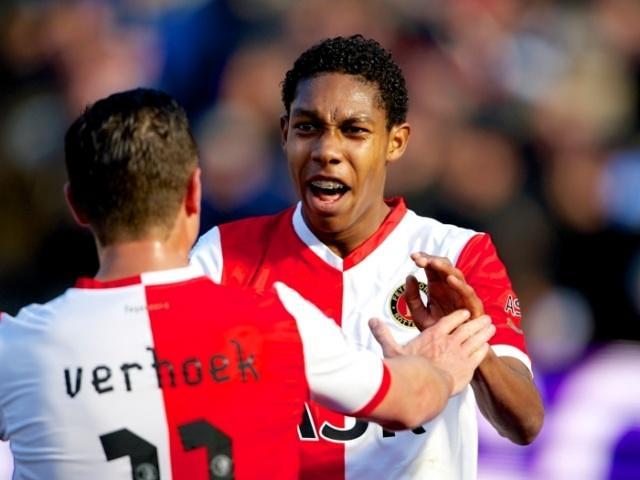 Tottenham are attempting to offload some of the lesser lights in their burgeoning squad, in order to move for a tasty winger, according to The Daily Mail:

Tottenham are showing an interest in Feyenoord winger Jean-Paul Boetius.

The 20 year old has been making waves at Feyenoord after graduating from their youth academy in 2012. He’s scored 20 goals in 78 games for the club from wide positions – a highly promising record considering his tender age.

And he’s already been so consistent at club level that he has caught the eye of the Holland coaching department. After excelling for the U17s, U19s and U21s he got a call up to the full international team in March 2014 to face France in a friendly. He also made the provisional squad for Brazil 2014 but didn’t make the final cut.

Tottenham may well move to refresh their wide areas over the next year. Aaron Lennon, their most regular winger over the last 5 years, is arguably on the wane and Erik Lamela and Nacer Chadli, while both very talented, are yet to show real consistency on a weekly basis. We expect both of these two to make the grade at Tottenham, but a really healthy squad always has great competition for places.

Let’s have look at the lad in action. Tottenham fans: can you see this guy having an impact on the first team or should Mauricio Pochettino be concentrating on recruiting another top striker to take some of the burden off Harry Kane’s young shoulders in the January window?

Who is Tottenham’s latest reported Objet Desire?
Tottenham could now have this star on board by the end of the month as club prepared to sell according to report
To Top