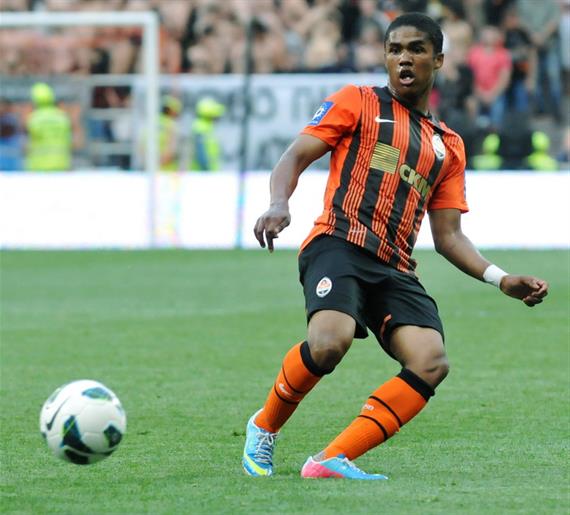 In what has quickly turned into a situation that could be serialised as ‘I’m a Brazilian, get me out of here‘ Chelsea target Douglas Costa seems as keen as mustard to leave the freezing conditions of Ukraine for the more clement pastures of West London.

The Daily Mail reports today that the player has confirmed that Chelsea have had a bid rejected but that he’s mad for a move.

Brazilian star Costa confirmed on Thursday night that the Barclays Premier League leaders had been in touch about a move to Stamford Bridge – one that the 24-year-old describes as a ‘dream’.

‘It’s a dream to play for Chelsea, a unique chance. I will try to negotiate,’ he told Brazil’s Globo Esporte.

Costa is in his sixth season at Shaktar in what has been a very successful stint at the club. He has played 184 times and scored 34 goals as a player who floats around the front line and creates as much as he finishes. He’s a mercurial talent who can beat a man, hit a lovely dead ball and offer real dynamism – this is a very fit athlete.

He’s only played twice for Brazil but those caps came as recently as last year, to suggest that he is currently in the reckoning of the national team coaches.

We sense that it’s still a case of either/or with he and Juan Cuadrado but Costa can play in several positions in the team – as a second striker, winger or attacking midfielder though the middle.

After a quiet transfer window so far these sudden Chelsea moves come as something of a surprise. Let’s see some Costa magic. Chelsea fans: keen?