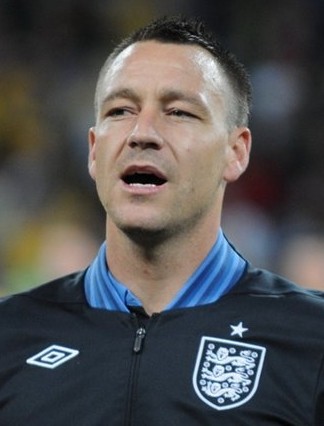 How many times have we seen it happen in the past? A team is on a fantastic run. Everything seems to be coming together at the same time. Injuries are minimal and the team is playing the opposition off the park.

Then, just as all seems perfect, one of the players comes out and starts talking about a potential quadruple! Ahhhhh. Big mistake. Footballers should know that talking about a quadruple is tantamount to repeatedly screaming ‘Macbeth’ at a thespian as he is about to enter the stage for the opening night.

It’s never been done in England and John Terry may just have hexed it by referring to a four pronged attack on trophies.

“There is a motivation in the dressing room to win the league and push on in the Capital One Cup, Champions League and FA Cup. At this stage, to still be involved in all competitions is where you want to be, and it’s down to big players to step up.”

Of course, despite some ridiculously tough competition at home and abroad – not least Manchester City and Real Madrid – Chelsea are potentially good enough to beat anyone. But you need a massive helping of luck to win all four, regardless of how good you are. And no team has had that measure of good fortune in England hitherto.

Can Chelsea do the unprecedented? The answer is probably no. But it feels like bad luck even mentioning it this far out. Chelsea need to follow the old mantra of one game at a time and see where it leads.

But it’s going to be fascinating because Chelsea look fresher than at any time of the season right now. And they are still getting better. They are in perfect shape for the business end of the season.

Chelsea fans: can they do the unmentionable?

Chelsea could realistically tie up €29.9m plus deal in this window – report
Chelsea: Deal Agreed for winger loan move – report
To Top