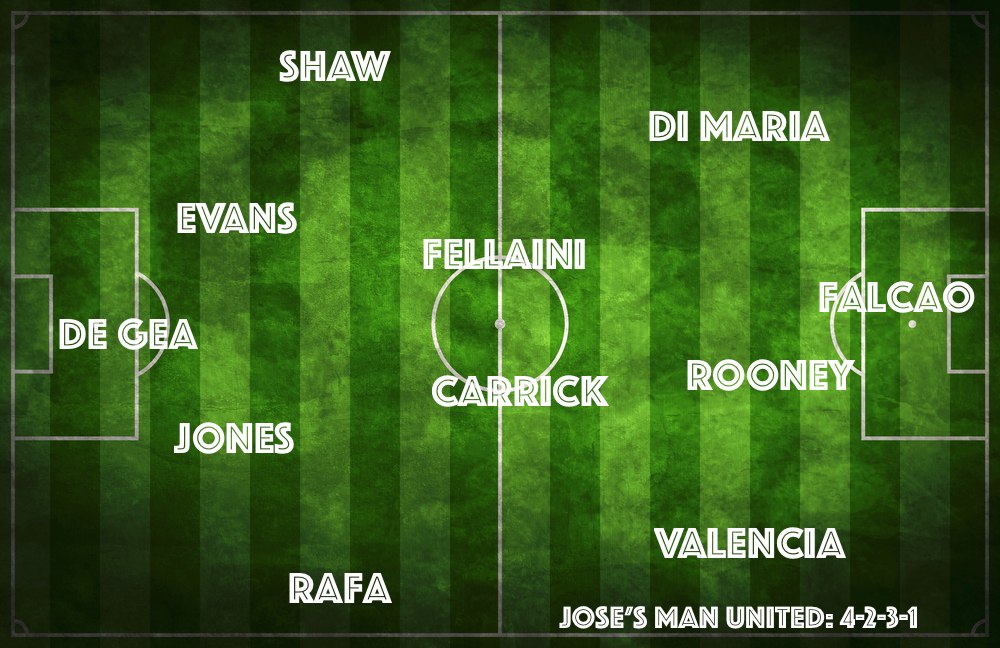 A couple of years ago is seemed absolutely inevitable that Jose Mourinho would take over from Sir Alex Ferguson as Manchester United manager.

Many felt that he wanted the job and the story goes that he momentarily lost the plot when he found out that David Moyes instead got the post. ‘He’s never won anything!’ was along the lines of the apparent cry from the Portuguese schemer.

You could of course reckon that Jose would have made Manchester United a less than exciting team to watch. But you only need to look at how impressive and artistic Chelsea going forward to see that this probably wouldn’t be the case. Just because he builds solid defences doesn’t mean that the back line has to suffer.

Firstly Jose would do away with the 3-5-2. He may not be too happy with the centre backs at his disposal but he would fill Phil Jones and Jonny Evans with confidence and send them out to do a proper job – we feel that these two would be his first choice pairing from what he has at his disposal.

He would certainly use Luke Shaw on one flank and have little choice but to go with Rafa on the other, even though Mourinho likes a more solid and less adventurous full back. And he would want to use Antonio Valencia in the 3 behind the striker – we think that he’d like Valencia for his ability to track back.

Carrick and Fellaini in the 2 in front of defence and Di Maria and Rooney behind Falcao – job done.