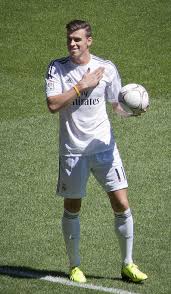 Legend in the making

We always say that there os seldom smoke without fire and, if that’s true, then Gareth Bale will surely be heading to Manchester United before too long. And a perfect weekend, with a return to winning ways under the belt, has just been crowned with possible news of his future signing.

Some transfer rumours are of course just paper selling hype. But we think that this one has substance. Bale will come back to England one day for sure and only Manchester United can feasibly afford the sorts of figures being spoken about. He’s had a decent time of it in Real Madrid but his style and physical prowess is possibly more suited to The Premier League. If Marco Reus joins Real Madrid in the summer then it may be a case of having one too many galactico for the side. And none of Benzema, Rodriguez, Bale, Reus or Ronnie is going to be happy sitting on the bench.

The latest reports reckon on a £100m deal with David De Gea going the other way. That would be bigger than any other deal in Manchester United’s history, even dwarfing the £60m paid for Angel di Maria.

Just as we think it’s inevitable that Bale will turn we also think that, sadly, De Gea is certain to go the other way in the next couple of years. It would be a huge loss for Manchester United but not a bad swapsies at all! Bale would be a total legend at United and the forward line would be devastating with him and Di Maria terrorising on the counter.

Jose Mourinho’s Manchester United XI?
Real Madrid about to break another transfer record according to reports in England
To Top