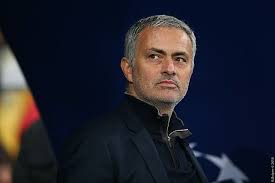 Manchester United’s frustrations boiled over into the tunnel after their 2-1 defeat to Manchester City.

The result means it is undoubtedly Pep Guardiola’s title to lose, and deservedly so, with the Red Devils doing very little to get forward and sitting deep for most of the game.

Romelu Lukaku endured a horror show, playing a role in both the visitors’ goals at Old Trafford, sandwiching Marcus Rashford’s strike off the back of Fabian Delph’s error.

Jose Mourinho felt aggrieved – perhaps understandably – that Ander Herrera wasn’t awarded a penalty, but it was in the tunnel that tensions finally came to a head.

It’s been widely reported that the Portuguese had milk and water thrown at him, while Guardiola’s assistant Mikel Arteta sustained a cut eyebrow.

Goalkeeper Ederson engaged in a row with the United boss, with the latter then having an empty plastic bottle thrown at his head.

Mourinho then went into the referee’s room as the furore spilled out into the tunnel, with United players then becoming involved.