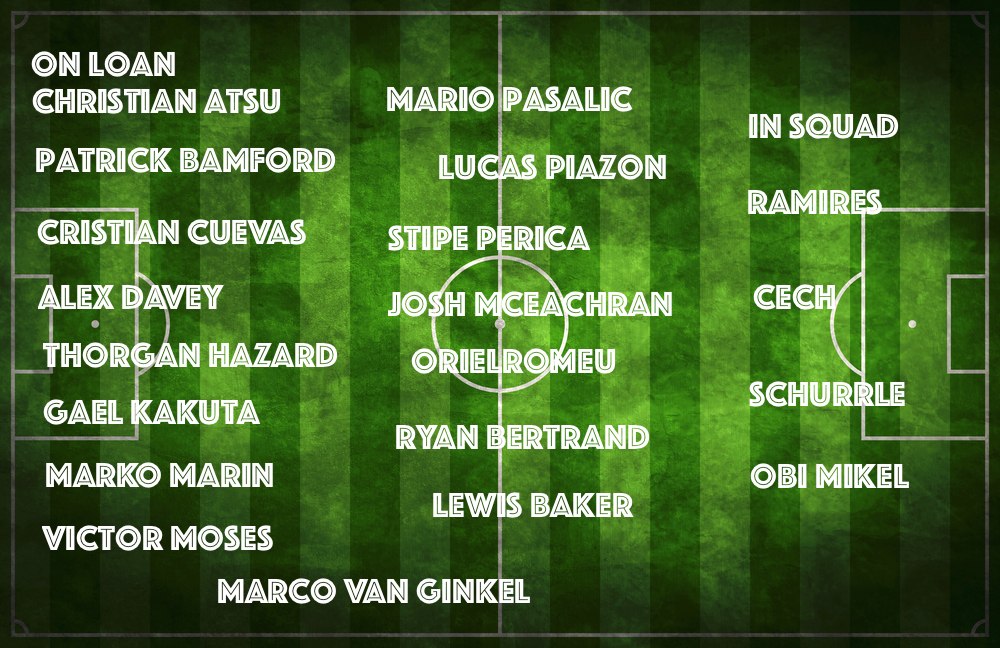 Chelsea can’t just buy whom ever they want these days – FIFA Fair Play has seen to that.

But Chelsea boss Jose Mourinho seems to thrive on the newly required skills for wheeler dealing in football.

He did superb business on Juan Mata and David Luiz, shifting them for nearly £100m in order to restock his side with Fabregas, Costa and Filipe Luis.

But if Chelsea are going to sign Lionel Messi – AKA ‘God’ then The Special One will have to repeat the trick.

So who could Chelsea offload in order to sign the aforementioned football deity? We have compiled a graphic which shows that there is an awful lot of streamlining that Chelsea could do to raise funds if they really want to bring the best player ever to The Premier League and still balance the books.

Sacrifices would obviously have to be made. Few Chelsea fan would want to let go of Ramires for example. But a few players of this level would have to leave if Chelsea were to raise the additional money, beoynd their current revenue, that it would take to buy the genius.

And, with so many youngsters on loan, surely Chelsea could make some cuts if they really wanted to bring God in.

Obviously they wouldn’t want to lose all these players, but it’s a big pool to make some sales from.

Let’s who and how Chelsea might make this amazing deal happen. Blues fans: would it be worth the hassle to have Messi in the side?