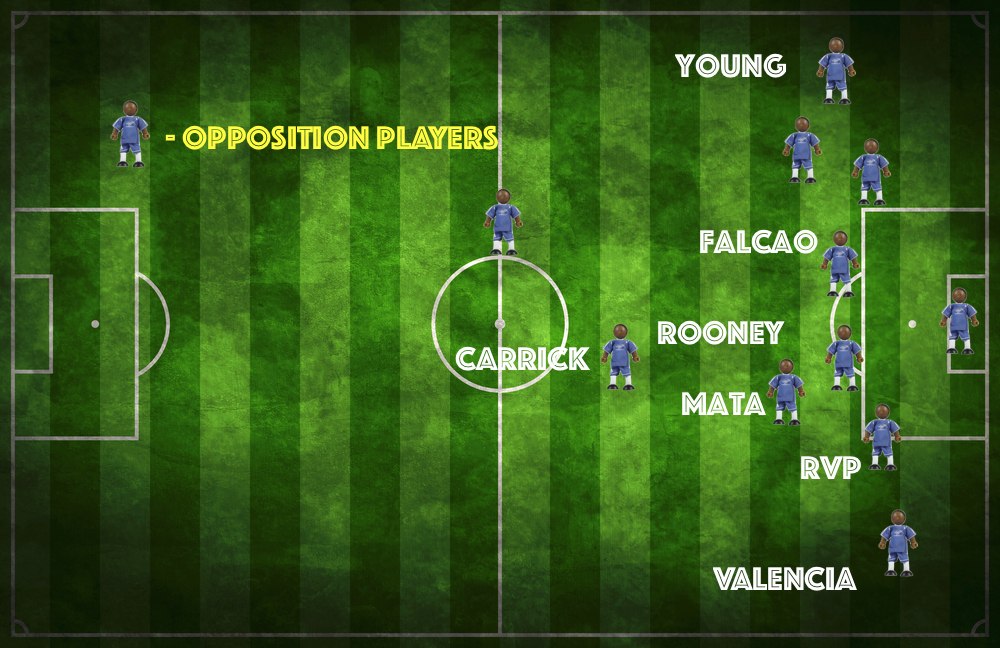 Manchester United have made great strides under Louis van Gaal this season. More than anything, he has restored belief around the place that last season was a blip rather than representative of a terminal decline.

But the football still needs to improve. Manchester United have sporadically wowed their audience this season in a way that they didn’t in the last, painfully pedestrian, campaign.

And while the gap of 9 points between Manchester United and City could easily be shortened in the coming weeks, as the title chasers meet some tough opponents, there is one major difference between United and the top two right now.

Unlike Chelsea and Manchester City, Manchester United still don’t have the unity and control to pin teams deep into their own half for long periods.

Watching Chelsea and Manchester City can be akin to viewing a cat toying with a helpless and groggy mouse. Such is the ball control and understanding between the players that they can squeeze the opposition in the final third of the park and keep the ball for wave after wave of attack. It’s tiring and dispiriting for the opposition and usually results in goals.

Manchester United almost invented this style of play but haven’t yet been able to demonstrate the technique on a regular basis since Fergie retired. They still don’t have the control and finesse required to do this for any length of time.

It’s a classic indicator of where a team is at in their development and when Manchester United start doing it regularly you can assume that the gap between them and the top two is closing.

The Biggest and Best Change that LVG has made at Manchester United
Yes Please Louis: Manchester United get green light to sign returning genius in window as club prepared to listen to offers – reports
To Top