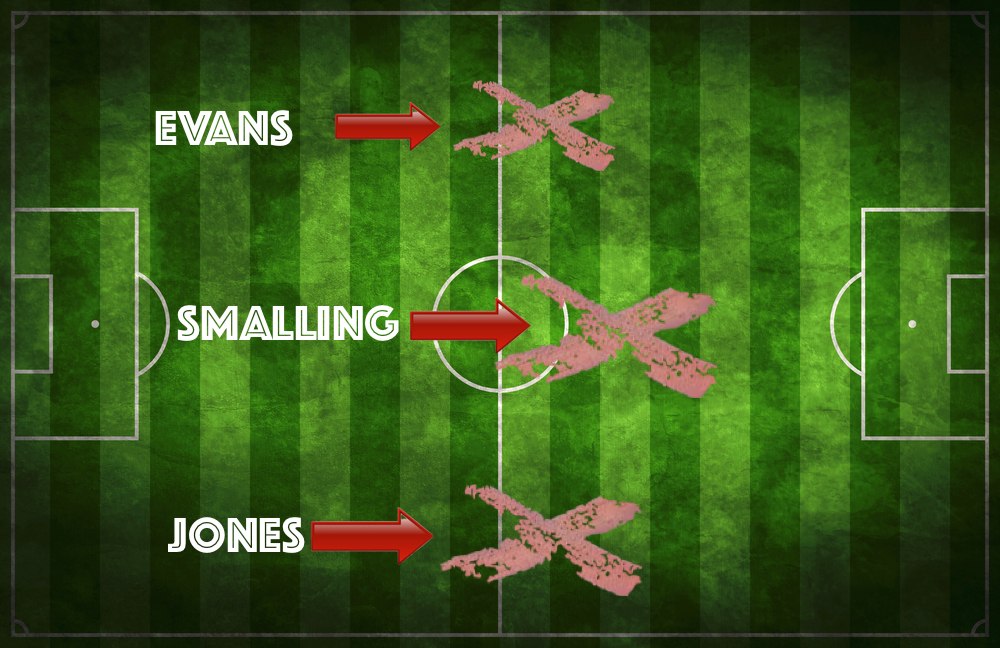 There is a theory in football that successful teams defend from the front. That is to say the strikers provide the first line of defence when their team doesn’t have the ball.

But we at soccersweep believe that the opposite is also true. Good teams attack from the back. So, as well as offering a last line of defence, the defenders also provide the first line of attack.

To do this Manchester United’s central defenders need to distribute the ball out of defence with accuracy and class. Rio Ferdinand was possibly the best example of it at Manchester United in living memory. He was a beautiful and intelligent passer of the ball and often set up decisive attacks. At very least, he rarely put his team in trouble with a pass out of defence. Stam and Pallister were also excellent at it during United’s dominance.

And Manchester United’s current poor quality of passing from the back 3 is why we feel that they aren’t winning away from home right now. Evans should be the go to man in in this respect but he has been really poor with his passing this season. Smalling can play his teammates into trouble. Jones was the best of the trio in central defence against Stoke but his passing wasn’t particularly inspiring either.

So unless Jonny Evans (whose general form is arguably poor) can improve quickly then perhaps it’s inevitable that a another defender arrives in January. The injured Marcos Rojo is a really decent option but he’s more about pace than cultured passing.

Mats Hummels would be a superb addition as passing is his forte. If Manchester United can bring him to the club expect many more away victories.