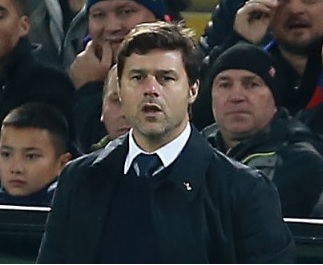 Mauricio Pochettino continues to defy expectations with Tottenham, with Sunday’s 4-1 victory over Liverpool putting them joint-second with Manchester United.

Any fears that the club hadn’t invested heavily enough in the summer are quickly dissipating, as the Lilywhites also sit top of their Champions League group.

Having beaten Borussia Dortmund 3-1 at Wembley, their biggest test came against Real Madrid in the Bernabeu. If anything, Spurs felt aggrieved not to have won the away tie, which ended 1-1.

The Sun report that Real bosses were not only impressed by Tottenham, but in particular, by Pochettino.

While Florentino Perez has no plans to change manager – Zinedine Zidane having guided Los Blancos to successive Champions Leagues and last season’s La Liga title – he has now reportedly earmarked the Spurs boss as his number one choice when Zizou eventually steps down.

The Argentine is yet to win any silverware as a coach, although that’s partly down to having previously managed Espanyol and Southampton.

His experience of Spanish football would hold him in good stead and Real are buoyed by his open dislike of Barcelona due to his former club’s rivalry with the Blaugrana.

Madrid may be wasting their time, nonetheless, as Daniel Levy has made it clear that Pochettino’s project in north London is a long-term one.