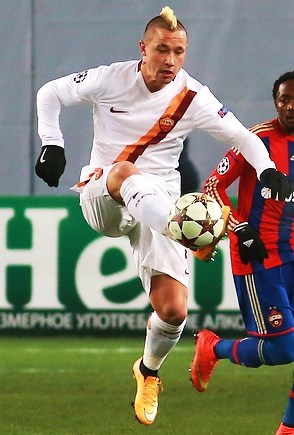 The Mirror report that the Red Devils had scouts in attendance at Roma’s Serie A game against Udinese, which the Giallorossi won 3-1.

The Belgian has already provided two assists this season, although Mourinho already has plenty of options in his position. Paul Pogba and Nemanja Matic are occupying the first-choice slots, with Marouane Fellaini and Ander Herrera proving more than capable back-ups.

It’s thought that another player to operate just behind the striker – such as Antoine Griezmann or even Gareth Bale – is the final piece in Jose Mourinho’s jigsaw, yet he already appears to have one eye on strengthening other areas of his squad.

Nainggolan would be a surprising successor to Carrick, given that he is already 29 and would be 30 if he joined next summer.

Roma have had a solid start to the season, winning four and losing one of their opening five Serie A games.

They are also unbeaten in the Champions League, having drawn with Atletico Madrid and beaten Qarabag.