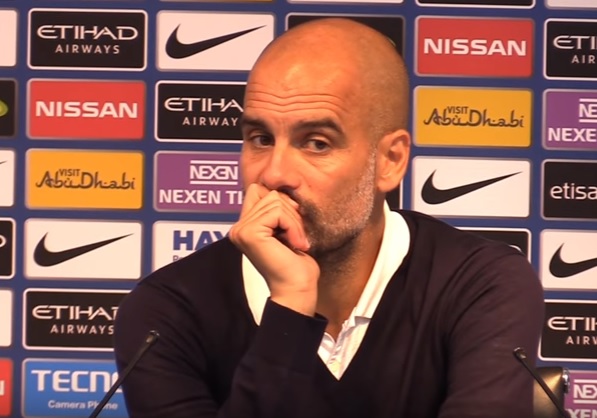 Ilkay Gundogan cut a visibly frustrated figure as he left the pitch with Manchester City’s medical staff against West Brom.

The Germany international was making his first start since December but was forced off following a challenge from behind from Claudio Yacob in the 55th minute.

Kyle Walker had to come on to replace the former Borussia Dortmund star, though thankfully, Pep Guardiola confirmed after the game that his latest setback isn’t serious.

“I think not serious, it’s not eight months, but a little injury. Unfortunately the action was tough. He will be back soon hopefully.”

Gundogan started just nine league games last season because of a knee problem and will be hoping to finally gather some momentum in his career at the Etihad, which is yet to properly take off.

The 26-year-old was a key component of Thomas Tuchel’s side at BVB and it was initially thought he could replace Yaya Toure at City.

Guardiola has now made up with the Ivorian so that won’t be necessary, but it’s little wonder the Catalan has been unable to decide on his central-midfield partnership with Gundogan so often out of action.