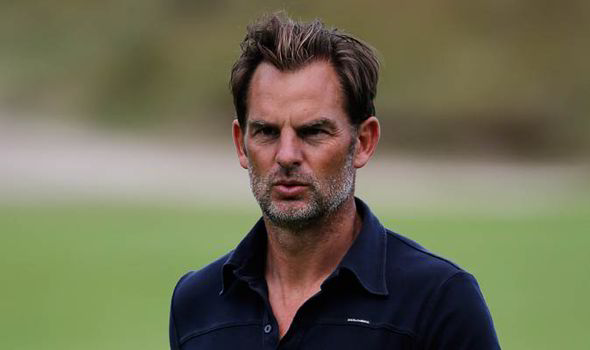 The Eagles’ decision is not a shock, as tensions have been bubbling over a clash between the former Inter and Ajax boss’ ‘total football’ ideals and the style of play that can realistically be expected from the group of players at his disposal.

De Boer took over from Sam Allardyce just ten weeks ago after the 62-year-old stepped back from the game.

Not only did he fail to pick up a single point from the games against Huddersfield, Liverpool, Swansea, and Burnley, Palace suffered those defeats without scoring a single goal – the first time a top-flight has done that in 93 years.

The Guardian claim Roy Hodgson is now leading the race to become their next manager, having been out of work since his England side crashed out of Euro 2016 at the hands of Iceland.

Hodgson’s reputation with the national team means he is unlikely to be unanimously popular if he takes over at Selhurst Park.

An announcement is expected later today.