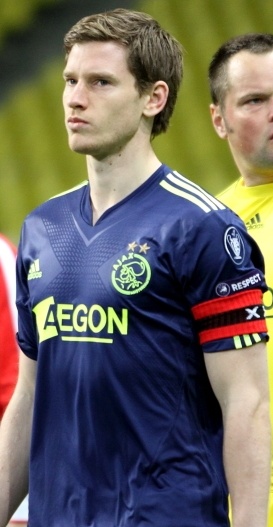 That’s according to Sky Italia journalist Gianluca Di Marzio, a well-respected source on Serie A football.

Spurs are unlikely to accept the offer, with Vertonghen having played a key role in their albeit unsuccessful title bid last season. The Belgian has struck up a fantastic partnership with international team-mate Toby Alderweireld in the heart of the Lilywhites’ defence, so Mauricio Pochettino is understandably reluctant to let him go.

That’s not to say Tottenham don’t already have a replacement in the making in Kevin Wimmer. The Austrian came in for Vertonghen last season when he was out with a serious knee injury and proved himself more than capable.

Pochettino has made it clear nonetheless that Vertonghen and Alderweireld are his preferred options, with youngster Cameron Carter-Vickers not looking quite ready for the first team in his pre-season appearances.

It’s equally unsurprising that Inter are interested, though, with new boss Frank de Boer having worked with the 29-year-old at Ajax. Spurs therefore have two old Ajax players who may be of interest to him, Christian Eriksen, who is yet to sign a new deal, being the other.

De Boer has identified Vertonghen most urgently, however, because he’s a left-footed defender. That makes him a suitable alternative for Daley Blind, who the Dutchman revealed doesn’t want to leave Manchester United.

As for Spurs, if they are to be tempted into selling one of their prize assets, Inter may need to offer more than Brozovic. The Croat scored seven goals last season and Pochettino would like one more attacking midfielder, but if it requires losing Vertonghen, he seems unlikely to opt for Brozovic.