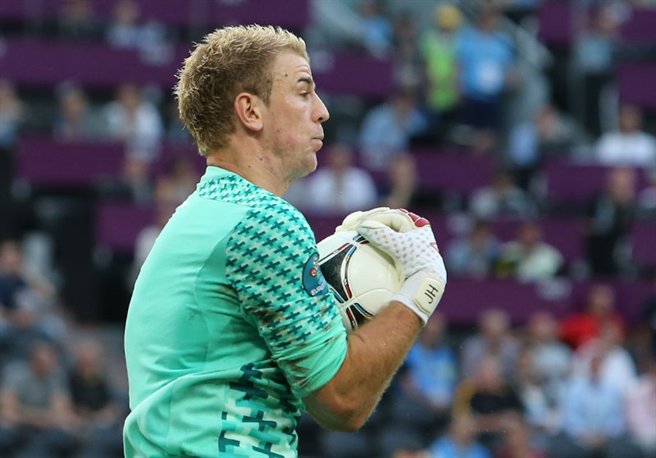 It’s no secret that Joe Hart is on his way out of Manchester City, but Sky Sports report that he’s happy to leave the Premier League altogether.

The goalkeeper began the season under huge scrutiny after two crucial errors for England at Euro 2016, and the spotlight has only intensified after he was dropped for City’s first two games against Sunderland and Steaua Bucharest.

Pep Guardiola’s interest in Barca stopper Claudio Bravo has all but confirmed Hart’s imminent exit, but while Everton, Liverpool, and Spurs have all been linked with him, he could be heading abroad.

A move to either the Bundesliga or La Liga beckons, with Borussia Dortmund and Europa League champions Sevilla both interested.

After a difficult summer away with the Three Lions, it’s no wonder Hart may favour a league where he is likely to receive less attention.

City fans will be sorry to see him go, nonetheless, as he has been at the club for a decade after joining from Shrewsbury Town, winning two league titles in the process.