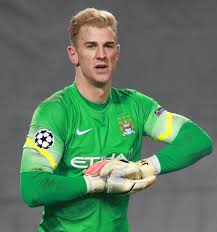 Liverpool are set to compete with Everton for Joe Hart despite having already signed two goalkeepers this summer.

The two Merseyside clubs are monitoring the situation, according to Sky Sports, with the goalkeeper expected to leave Manchester City before the end of the transfer window.

Pep Guardiola once again left Hart on the bench for the Champions League playoff win over Steaua Bucharest, another indication that he will listen to offers for his stopper.

Everton at first seemed his most likely destination, with Ronald Koeman yet to select a first choice goalkeeper. However, in the weekend’s 1-1 draw with Tottenham, Maarten Stekelenburg put in an impressive performance and that could be enough to secure his place between the sticks.

Over at Liverpool, meanwhile, Jurgen Klopp already has several goalkeepers to choose from. The Reds signed Loris Karius earlier this summer, but his injury has paved the way for Simon Mignolet’s return.

Veteran former Arsenal man Alex Manninger is another new arrival, so he may be left rueing his decision to move to Anfield if Hart were to join him on Merseyside.

Hart should be allowed to leave once City secure the signing of Claudio Bravo from Barcelona in a £17million deal, but there’s little chance of any of these moves gathering pace just yet while Catalan ‘keeper Marc-André ter Stegen remains out of action.