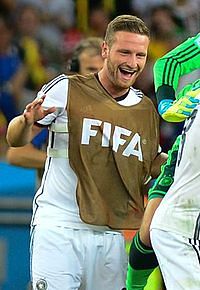 Arsenal’s hopes of signing a top centre-back could soon be realised, with a deal for Shkodran Mustafi finally edging closer.

The Times report that negotiations are moving quickly between the Gunners and Valencia, with widespread reports that a fee has been agreed.

Arsene Wenger was originally reluctant to spend too much on the Germany international, with West Brom’s Jonny Evans touted as a potential alternative at £15million.

However, he has told the newspaper that the club have to be realistic and will accordingly have to adjust to the inflation of this transfer market.

“We have to follow the prices paid by other people,” he said.

“That has gone up because the availability of money is much higher.”

It’s not just the Premier League’s big boys who now have cash to spend, but Manchester United and Manchester City have led the way with the respective signings of Paul Pogba and John Stones.

Arsenal can’t possibly leave their summer business at Granit Xhaka if they want to compete with those two sides, and Mustafi is anything but a waste of money.

The Gunners desperately need to improve their defence and if they can do that for less than £30million, they will have got themselves a bargain.