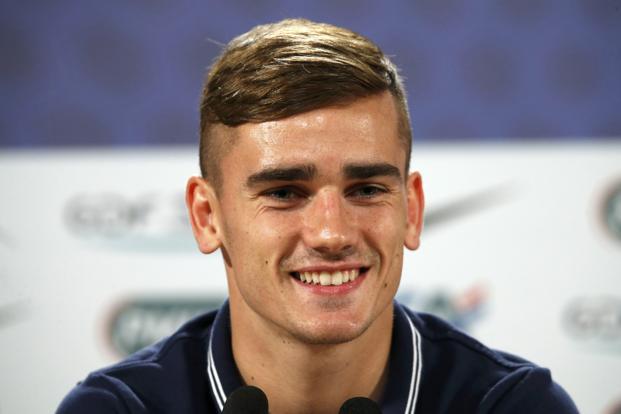 If Antoine Griezmann wasn’t already considered one of the best players in the world, Euro 2016 has surely confirmed his status as one of the continent’s elite.

Unsurprisingly, that has led to renewed speculation that Atletico Madrid would cash in on their superstar, with the Sun reporting that Arsenal were keen to make a bid earlier this summer.

The major problem with that is, quite apart from the fact that Atleti would be mad to sell, the Frenchman only signed a new five-year deal in June.

And that contract entails a release clause which would only allow the 25-year-old to leave if Diego Simeone’s side were offered £85.5million.

That has to pour cold water on the theory that Arsenal were even vaguely thinking about pursuing him.

Arsene Wenger is notoriously reluctant to spend in the transfer market, treating the Gunners’ money as if it were his own.

Considering that Arsenal are reluctant to splash out on £30million players, there’s no way they would be looking at arguably one of the top three players in Europe.

If anything, the rumours will just frustrate their fans more as they wait anxiously to see if the club make many more signings before the end of the window.