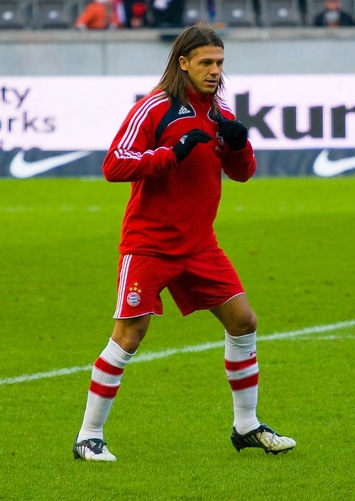 The 35-year-old has signed a one-year deal after being released by City at the end of the season.

The centre-back did play for the club 31 times over the course of the campaign, which saw Manuel Pellegrini’s side finish fourth.

Since Pellegrini was replaced with Pep Guardiola, there has been an emphasis on strengthening the defence.

John Stones has arrived from Everton in a £47.5million deal and the England defender has only pushed Demichelis further down the pecking order.

While the Argentina international wasn’t part of Guardiola’s plans for the coming season, he can definitely be proud of his time in Manchester, winning one Premier League title and two Capital One Cups.

It was initially thought he would move back to River Plate in his native country, but he will now turn his attention to La Liga.

Espanyol finished in a respectable thirteenth last season, but they will be hoping Demichelis’ experience can secure them a top half finish in what will be a hugely competitive campaign.