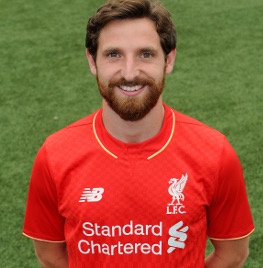 Joe Allen has insisted it was an easy decision for him to leave Liverpool and join Stoke City.

The Welshman is gearing up for his first season in the Potteries since his £13million move and he will be hoping to find a little more consistency under Mark Hughes than he was able to under Jurgen Klopp.

“It wasn’t a difficult decision to move and I’m not looking back with any regrets,” he said, as per Sky Sports.

Klopp arrived at Anfield in October, replacing Brendan Rodgers, but the manager still struggled to find a regular place for Allen in the first team.

“When a new manager comes in, you’re hoping you can impress and get in the team,” the 26-year-old added.

“I thought that his style would suit me, but it wasn’t quite to be. In all fairness, the competition in midfield was tough all season so there’s not too many complaints on my part.

“I don’t want to be sat twiddling my thumbs on the bench, and I wanted to make sure if I could change it I would.”

Liverpool fans hope they are on the cusp of something special with Klopp, but they’ll be praying the club won’t be left to regret allowing Allen to leave.

The midfielder was named in UEFA’s Team of the Tournament at Euro 2016 and attracted a huge amount of attention over the summer because of his performances for Wales.

Stoke have made a brilliant addition to their squad and one that could potentially even see them pushing for a top six spot, but it’s going to be tough.

Allen was much more of a star in his time at Swansea than he ever was at Liverpool, so he may once again be a big fish in Stoke’s smaller pond.