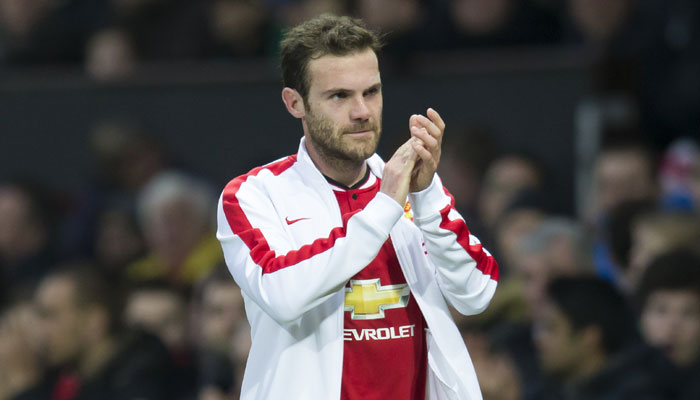 The Spanish midfielder has a famously frosty relationship with the Special One – in fact, that’s why he left Chelsea for United two years ago in a £36million move.

Bastian Schweinsteiger seems to have taken the heat off him in recent weeks, but it looks like the gaffer’s just given Mata a timely reminder that he’s not quite in his good books just yet.

In Sunday’s Community Shield, in which the Red Devils beat Premier League champions Leicester 2-1, Mata was introduced with less than half an hour to go.

Seems fair. More than enough time to make an impact. Incredibly, however, as injury time ticked away, Mata was then hauled off and replaced with Henrikh Mkhitaryan.

Mourinho was seen desperately trying to explain himself to the tricky midfielder, but if looks could kill, he’d have run a mile from the playmaker.

Even after the game, he still felt the need to justify the bizarre decision, telling the BBC he took him off because he was the “smallest player” and he didn’t think he’d be able to cope with Leicester’s long-ball approach in the dying seconds.

Mata is hugely popular with United fans and many of them will no doubt be disappointed with Mourinho’s latest antics towards him.

Mkhitaryan has already probably taken his spot in the first team, but if the manager gets his way, there could be no room at the club for Mata at all.