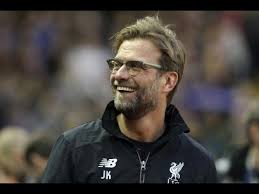 The Liverpool Echo are reporting that the deal had initially stalled because the Latics were reluctant to accept Liverpool’s “75% clause”, but they have now relented.

The Reds have inserted the clause into the deal to ensure Brannagan plays at least 75% of Wigan’s games so he gets enough experience away from Anfield.

Last season, Klopp experimented with him in the first team, albeit very briefly, but it didn’t look as though he was ready for the top flight.

Although he has made nine appearances at senior level, he is keen to move to Wigan for a year because it should further his development.

Even if he is a little naive defensively, Klopp wants to play him in the future, hence why he would not accept Wigan’s £1million offer to take him on a permanent basis.

The German has shown he is willing to give young players a chance, so if Brannagan does well at Wigan, there’s every chance we’ll be seeing him in a red shirt again.