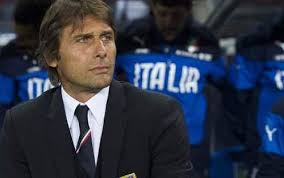 That’s reported in the Daily Mirror, who claim the Romanian could arrive for as little as £6million.

The Blues could still do with boosting their attacking options, and their new manager has identified the creative central midfielder as one of his final targets of the summer.

Stanciu could fulfil a similar role to that of Henrikh Mkhitaryan at United, though he’s not expected to be of that calibre just yet.

The 23-year-old is still in high demand, however, coming to prominence with 14 goals for Steaua Bucharest last season, also providing 11 assists. This calendar year, he also has four goals in his last seven for his country.

Conte will be hoping he continues that form going into the new season and all the indications are that he will, with two more goals in Bucharest’s Champions League qualifying win over Sparta Prague this week.

It’s understood that for Conte, versatility will be the name of the game. That makes Stanciu an ideal signing, as he can also play on the left and right wings.

Chelsea will need to hurry if they are to sign him in time for the start of the new season, but even if they can’t get a deal over the line by then, he’s sure to be a valuable addition whenever he arrives.