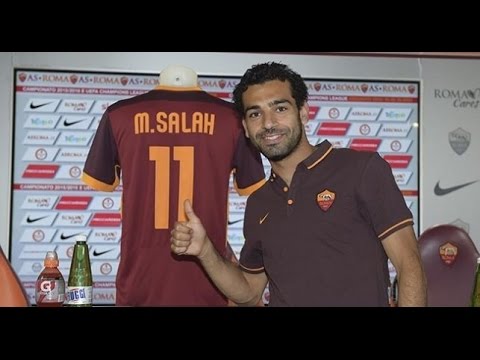 Chelsea winger Mohamed Salah has made his move to Roma permanent, according to Goal.com.

The Egyptian spent last season on loan with the Serie A side, scoring 14 goals in 24 games.

That followed another impressive temporary spell with Fiorentina the year before.

Blues fans will be left wondering what might have been, or more specifically, why such a talented player just didn’t make the grade at Stamford Bridge.

Salah made just 13 appearances for Chelsea, but it’s in Italy where he has really made a name for himself. Antonio Conte’s arrival in West London doesn’t seem to have made any difference to the club’s valuation of the player, so it’s no surprise he’s moving somewhere where he makes far more of an impact.

Roma finished third last season, but they will be hoping to go at least one better than that this time around.

Even if Juventus seem immovable at the summit, Roma finished just two points behind Napoli – who have now lost Gonzalo Higuain – so they should at least be able to finish as runners-up.

Keeping Salah will make a huge difference to that aim, as not only does he have pace, the 24-year-old is also a brilliant dribbler, an asset that was maybe stifled in the more physical Premier League.