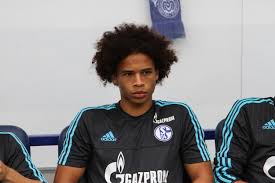 Leroy Sane’s proposed move to Manchester City is finally set to be completed, according to the Daily Mail.

The Germany international has been spotted flying to England to undergo a medical after City agreed a £31.2million fee with Schalke.

Pep Guardiola was keen to bring in the promising 20-year-old to boost his attacking options and has been tracking him since the former Barca boss joined the club.

It seemed like a deal would never get over the line, but the two clubs have now sped up business after the Bundesliga outfit’s sporting director Christian Heidel imposed a deadline.

Sane had once again reiterated his desire to move to the Etihad, but Schalke insisted that either a deal was finalised, or he committed his future to them.

It’s no surprise City have been so persistent in their pursuit of the player, who scored eight goals in 33 appearances last season.

Guardiola hasn’t been spending quite as freely as many expected, but this is one deal where he’s clearly happy to splash the cash.