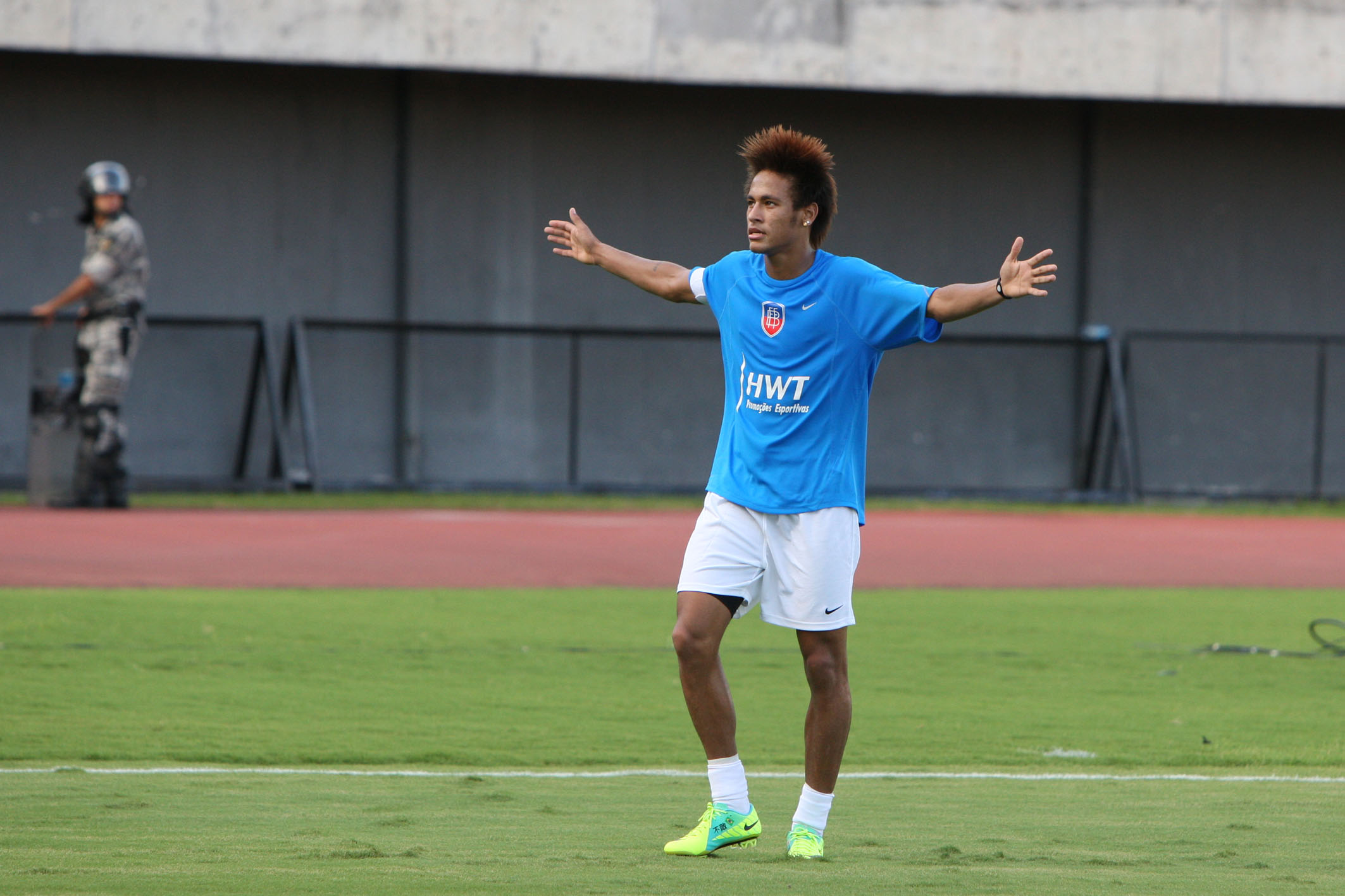 After the saga with Sergio Ramos earlier this summer Manchester United fans will rightly take this story with a pinch of salt right now.

But the fact that the highly respected news source, The Guardian is running the story, gives it a lot of credibility. They elaborate on the weekend rumours that Manchester United are trying to sign Neymar by stating:

Neymar tells Manchester United he is open to joining from Barcelona

The report states that the player is tempted by The Premier League and the rich history of Manchester United and that, while there is more chance of signing the player next summer, a deal could be done in this window.

His manager at Barcelona, Luis Enrique, refused to talk about the issue when asked:

‘Talking about Neymar and other clubs doesn’t interest me,’ Enrique said after Barcelona’s slender 1-0 win at Athletic Bilbao. ‘I don’t talk about rumours.

The more cynical amongst us might imagine that the player may simply be using the interest of Manchester United in order to get a better contract – his current deal expires in 2018 – but the suggestion is that Ed Woodward was in Spain last week to speak with Barcelona about Neymar and not Pedro, who eventually went to Chelsea.

At 23 Neymar has already won 65 caps for Brazil and scored a remarkable 44 goals.

He’s also banged them in on a regular basis at club level with 54 in 92 for Barcelona over the space of three seasons and 136 in 225 for Santos.

He would be a fantastic player for Manchester United but we assume that it would be a very difficult signing to make – particularly in this window.