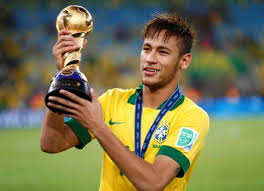 Neymar may have enjoyed a glittering start to life at PSG, but he is already embroiled in a row with Edinson Cavani.

Alongside Kylian Mbappe, the duo were garnering a huge amount of excitement as part of the Parisians’ project to win the Champions League.

However, the two South Americans had a bust-up on the pitch over who should take a penalty against Lyon and it seems to have completely fractured their relationship.

Sport – who are admittedly reluctant to paint former Barca star Neymar in a positive light because the publication is based in Catalonia – claim he has now demanded Cavani be sold either in January or in the summer transfer window.

The 25-year-old has reportedly told Nasser Al-Khelaifi that he cannot work with the striker, reminding the club’s owner of his promise that he would be the main man at the Parc des Princes.

Cavani has been a key part of their attack since joining from Napoli in 2013.

The pair took their row into the dressing room after the Lyon game and they had to be separated by team-mates.

It clearly hasn’t taken Neymar long to start throwing his weight around.