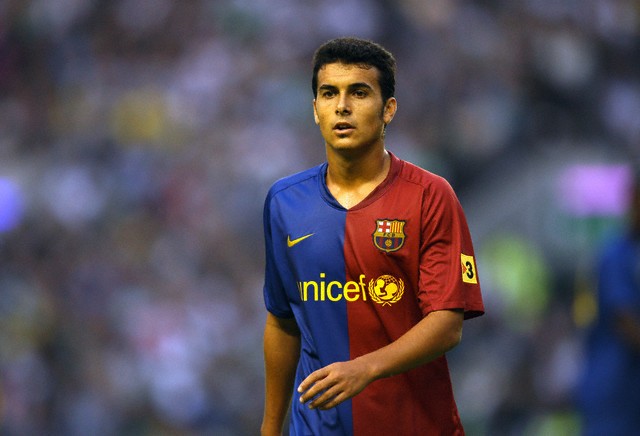 Chelsea boss Jose Mourinho has been in the news for the wrong reasons of late, having been involved in a high profile spat with his medical staff.

But that doesn’t completely hide the fact that he is a master manager and has always been brilliant in the transfer market.

He knows exactly what he wants and he moves quickly and decisively.

The same can’t always be said for Manchester United and this could apparently let Chelsea in for the superb talents of Barcelona star Pedro.

The Express, among others, has stated that with United’s Pedro deal stalling, Chelsea could jump the queue for his signature:

Meanwhile The Guardian says that Pedro is now unsure of a move to United having seen how some of his countrymen have been treated by Louis van Gaal.

Manchester United’s potential move for Pedro has stalled as he considers the managerial style of Louis van Gaal, with the Dutchman having fallen out with Víctor Valdés, the Spanish goalkeeper who is a good friend of the Barcelona forward.

Chelsea have great options on the wings but we sense that Juan Cuadrado could be offloaded. If that does happen Chelsea will surely look to add one more and who better than Pedro?

Three Champions League medals, a World Cup and 5 La Liga titles. Pedro has scored 99 goals in 319 appearances for Barca and been involved in the best team of all time.

He almost guarantees success and if Chelsea can bring him to Stamford Bridge they will undoubtedly be strengthening their squad.