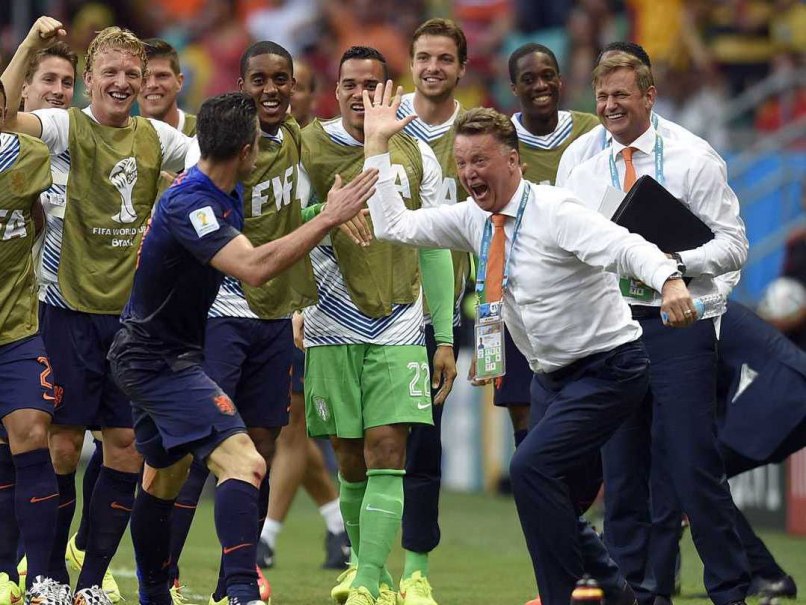 It’s perhaps been an even bigger job than Louis van Gaal envisaged when he took over as Manchester United boss in the summer. And while none of the self-belief has gone from the man, he certainly seems less jovial and more drawn now, than when he took over.

Off the pitch Louis van Gaal has definitely brought a unity back to the club, which perhaps went missing under David Moyes.

But, on it, the expected improvement in playing style hasn’t yet manifested itself, with the squad clearly still grappling with the new formation and new tactics which are alien to many Manchester United players.

LvG certainly looks to have aged and greyed since he took a vibrant Holland side to The World Cup in Brazil in 2014.

We do know that Louis has extremely high standards. With that in mind, you can be assured that he is pretty much appalled by what he is seeing on the pitch right now. We must again highlight that big mitigating factor that Louis hasn’t had a fit group to select from for much of the season – and now Michael Carrick is out for a month.

But it’s all simply too slow and individuals aren’t doing the business – we think that only Wayne Rooney, David de Gea and Michael Carrick have really hit the high notes this season with any regularity – and this must be causing Louis sleepless nights.

But, fear not. At this stage last season David Moyes looked as if he had no answers left to the problem. But Louis isn’t there yet. He will draw on his vast knowledge pool in his attempts to drag the club to fourth place, by hook or by crook, before regrouping in the summer.

Manchester United fans will simply hope for some better quality football than the snooze fest which has been going on recently.